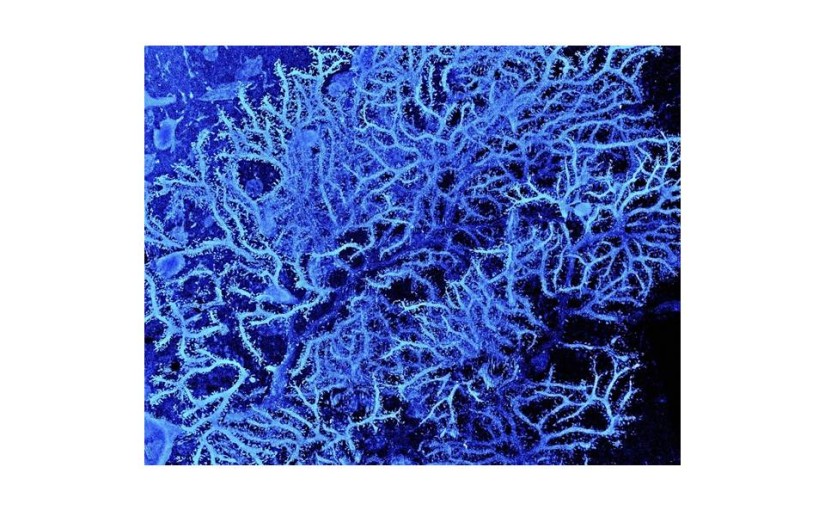 Inflammation in the brain is much like the defense the immune system mounts when we sustain an injury or infection elsewhere in the body. It refers to the activation of cellular warriors to remove compromised cells, kill bacterial or viral invaders, destroy foreign molecules and promote repair of damaged tissue. Most of the time this is beneficial, but when the immune response is too great or too prolonged, the collateral damage can be quite harmful and have serious and even permanent consequences. The same is true, perhaps more so, in the case of inflammation in the brain. Understanding neuroinflammation is complicated because it involves two systems that are characterized by plasticity and learning, the nervous system and the immune system. Yet, understanding is crucial  because managing neuroinflammation is of great importance to health and longevity.

Inflammation involves the activation of immune cells (T- and B-lymphocytes, macrophages) through processes that involve self-recognition and immune memory. It involves numerous cell types and hundreds of blood borne chemical signaling molecules. Detection of a bacterial invader, for example, leads to the production of activator proteins called cytokines and chemokines that amplify and broadcast the message that an invasion has been detected. These chemical messengers initiate a cascade of signals that activate other classes of immune cells and alter blood vessels to allow immune cells into the infected area to destroy the invader. The result is the swelling, redness, heat and pain characteristic of infection. Most of the time this natural cascade of events is well orchestrated and stops when the job is done.

The sensation of pain takes the story to another level.  The very same cytokines that drive the body’s immune response stimulate a pain pathway. Pain sensation is a brain function, of course, and this immune-to-brain link is responsible for what is called “sickness behavior”, something we all familiar with. Fever is a good example. Fever occurs because the set point of temperature sensing neurons in the brain is reset to a higher temperature with the result that the body heats up; a good defense because many bacteria have a tough time at high temperature. There are other changes- decreased activity, hunger, social interaction, and sexual drive; mood sags; difficulty in forming new memories; sleep disruption; and increased sensitivity to pain. Clearly, the neural and immune systems are in constant dialogue, with inflammation or its absence being one topic of discussion.

The same cytokines that activate the peripheral immune response travel to the brain via the circulation where they can enter the brain’s privileged space across the blood-brain barrier. Within the central nervous system, cytokines activated the brain’s own separate immune system comprised mainly of two types of glial cells, microglia and astrocytes, which themselves can produce cytokines. In a healthy brain, cytokines produce a local inflammatory environment, activating microglia to clear the infection by engulfing damaged or infected cells. The activation of microglia and the adaptive sickness behaviors, both important for a quick recovery, normally persists for only a few days. However, if the response becomes exaggerated such that inflammation becomes established and self sustaining, the result is cognitive impairment instead of brief memory disruption; depression instead of a funky mood; chronic fatigue syndrome instead of inactivity and chronic instead of acute pain.

One result of prolonged cytokine elevation is damage to the blood brain barrier so that peripheral immune cells and antibodies can migrate into the brain. This intensifies the inflammatory environment and contributes to chronic neuroinflammation sustained by the cytokines interleukin-6 (IL-6) and interleukin-1 beta (IL-1β), and tumor necrosis factor alpha (TNF-α), all of which can kill neurons.  Inflammatory challenges that produce sustained immune-to-brain signaling include surgery, cancer chemotherapy, head injury, heart attack and prolonged infections by bacteria, prions (mad cow), parasites (pork tapeworm) or viruses (polio; many more).

The etiology of neuroinflammation is complex but one very stunning observation is that its occurrence in cognitive deficit disorders appears to be quite general. For example, neuroinflammation occurs when a person suffers a stroke or a concussion. Following traumatic brain injury an inflammatory environment develops. Within minutes, pro-inflammatory cytokines like IL-1β are released that exacerbate the tissue damage and promote DNA fragmentation and the death of neurons by apoptosis. Together with TNF-α, IL-1β causes damage to the blood brain barrier, intensifying the inflammation. These events are especially evident during the very critical period of reperfusion following an ischemic  stroke.

Aging tends to involve cognitive decline and increased risk of neurodegenerative disease. As we age, and without any sign of disease, the level of pro-inflammatory cytokines increases, and in some individuals, the number of activated microglia in the brain increases as well. This is provocative because it suggests that inflammation is a possible cause of the loss of neurons, and cognitive power, that often occurs with aging. Only a theory, but many researchers are working to understand the meaning of these changes. If you are like me, you are really interested in this research because perhaps addressing neuroinflammation at its roots could help keep the brain young.

Alzheimer’s disease (AD) has two major diagnostic hallmarks- neurofibrillary tangles and amyloid-beta plaques, both are abnormal aggregates of insoluble proteins (tau protein inside neurons and amyloid-beta outside) that disrupt cellular metabolism. Current thinking is that a significant part of the neuron cell death in AD is due to neuroinflammation. Activated microglia are seen in abundance in the brains of AD patients. One idea is that when inflammatory cytokines are present, microglia cannot clear away amyloid-beta, one of their normal jobs. Additionally, the inflammatory cytokine IL-1β is upregulated in AD and this is associated with a decrease in a protein that is essential for maintaining healthy synapses. This has heavy consequences; decreased connection among brain circuits for one, but equally important, loss of synaptic connections is a well known cause of neuron death. The leading hypothesis in Parkinson’s disease progression also includes neuroinflammation as a component and the disease is noted for neurodegeneration, first localized and then becoming generalized.

Multiple Sclerosis (MS) is a neuroinflammatory disease characterized by demyelination and neurodegeneration. The cause is not understood. Symptoms include cognitive deficits, limb weakness, and fatigue. In MS the migration of peripheral immune cells into the brain leads to the production of antibodies against the myelin sheath of neurons, drastically altering the connections in brain circuits. As in other neurodegenerative diseases, activated microglia produce inflammatory cytokines that contribute to widespread inflammation. It has been shown that inhibiting microglia proliferation decreases the severity of multiple sclerosis episodes.

There is huge interest in the possible connection between neuroinflammation and depression. About 20-30% of individuals experiencing depression have high levels of cytokines in their blood, but so far a link to inflammation is only conjecture and, of course, some baseline level of cytokine expression is necessary for health. If the link were strong, one would think that taking medications to reduce inflammation would combat depression. It is not that simple. In the only study I’m aware of, in persons with depression but no evidence of ongoing inflammation, strong anti-inflammatory drugs actually worsened recovery, while for those expressing high levels of a marker for inflammation (C-protein), the same drugs helped recovery. Obliviously, there is a lot to learn about the relationship between neuroinflammation and both chronic stress and depression. Common wisdom says that recovery from depression and stress reduction are helped by getting outside of yourself and into nature, exercise, and leaving toxic relationships behind.  Is it a coincidence that all of these actions are documented to reduce the level of neuroinflammatory cytokines?

Exercise offers a promising approach to the treatment of conditions characterized by neuroinflammation and has been shown to decrease proliferation of microglia in the brain, decrease expression of immune-related genes in brain structures critical to learning and recall, and reduce expression of inflammatory cytokines such as TNF-α. In addition to all that, it is fun and good for you in many other ways.

Perhaps the best approach to fending off neuroinflammation is to
limit stress in every way possible. Avoid negative people and toxic jobs, enjoy nature and the  outdoors, open up to experiencing awe, listen to some kids laughing- there are hundreds of ways. Every step we take to foster positive emotions helps to lower proinflammatory cytokines in our bodies and brains.  If you need inspiration or motivation, check out this  link.