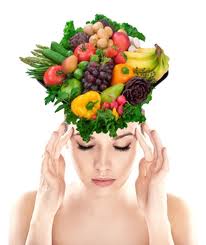 We hear lots of confusing anecdotal evidence suggesting that the increased risk of dementia that comes with age can be mitigated by careful attention to diet, maintaining an active lifestyle and even by brain training. A lot of it comes from parties with commercial interests and has been hard to evaluate. The results of a first of its kind and carefully designed two year study supporting that view were just published in The Lancet.  I have some hope the results will help to clarify this very complex topic, or at least alert attention to the issues.

Dementia, in all of its forms, is a multifaceted and poorly understood condition with a medley of causes. It is a complex disease, one of many that perplex us and escape pharmaceutical remedies; think cancers, ASD, PD and diabetes. It is also something most of us are deeply concerned about. The authors of the Lancet study took the approach that in order to test the idea that lifestyle changes can ameliorate or slow the onset of dementia you have to do a suitably complex, multitiered, long term and carefully orchestrated study. They assembled a group of 1,260 persons 60-77 yrs in age who were at serious risk for, or in the early stages of, dementia and divided them into two groups. One group received a carefully monitored regime involving diet, exercise, cognitive training, and vascular risk monitoring. The other received general health advice. All the participants were thoroughly evaluated on medical, psychological and cognitive grounds before and throughout the trail. The rigorous design of the study is well described in the report.

The test cohort followed a diet high in fruits and vegetables, whole grain cereals, low-fat milk and meat products, limited sucrose (50g/day), margarine and rapeseed oil instead of butter (olive oil will do) and fish at least two portions a week. This is basically the Mediterranean diet. The exercise training involved progressive strength training and aerobic training. Cognitive training used computer-based training regimes. Again, the details are in the report but all of this is pretty standard stuff and a program that is easy to adhere to.

The study looked at the effects of these several simultaneous interventions on the progression of dementia. The lead author, Miia Kivipelto from the Karolinska Institute, says this about its aim; “The main hypothesis was that simultaneous changes in several risk factors (even of smaller magnitude) would lead to a protective effect on cognition…”  Their findings were, overall, positive. At  the end of the study test scores were 25 per cent higher in the diet and training group than the control group. There was no effect on memory. There was, however, improvement in certain brain functions included processing speed and executive function, the ability to organize and regulate thought processes such as navigating traffic and planning a route while driving. Their findings on the  importance of physical exercise supports the conclusions published in a 2013 Canadian research review.

The major finding, a healthy lifestyle benefits the brain, seems obvious enough, but perhaps this and other studies like it will finally convince us as a society to take heed and change our life patterns for the better.  Imagine, if you can, the  benefits!

Why and where as an individual should I place my greatest effort? From this study by itself there is no way to place a weight on nutrition, exercise, cognitive training or cardiovascular health as the major influence because they are commingled. Worse, the participants were already on the road to dementia, so its impossible to say anything about prevention. Because we cannot assert cause, we are left with only correlation and conjecture. The trick for neuroscience is to find the links between nutrition or lifestyle and the health of neurons and neural systems at a cellular and genetic level. That is doable, and there are plenty of questions to ask; is it about mitochondrial health; toxins in the diet; neuroinflammation; cardiovascular health? Finding answers will take a great deal of effort and support from the NIH and private research institutions, but when you calculate the future cost of Alzheimer’s you will find that it is very much worth the expenditure.

On a closing note, brain training was part of the study but the possible benefit of brain training games like Lumosity is a very controversial topic in the neurosciences, one we will have to leave for another day.  Your comments and experiences will be well received.