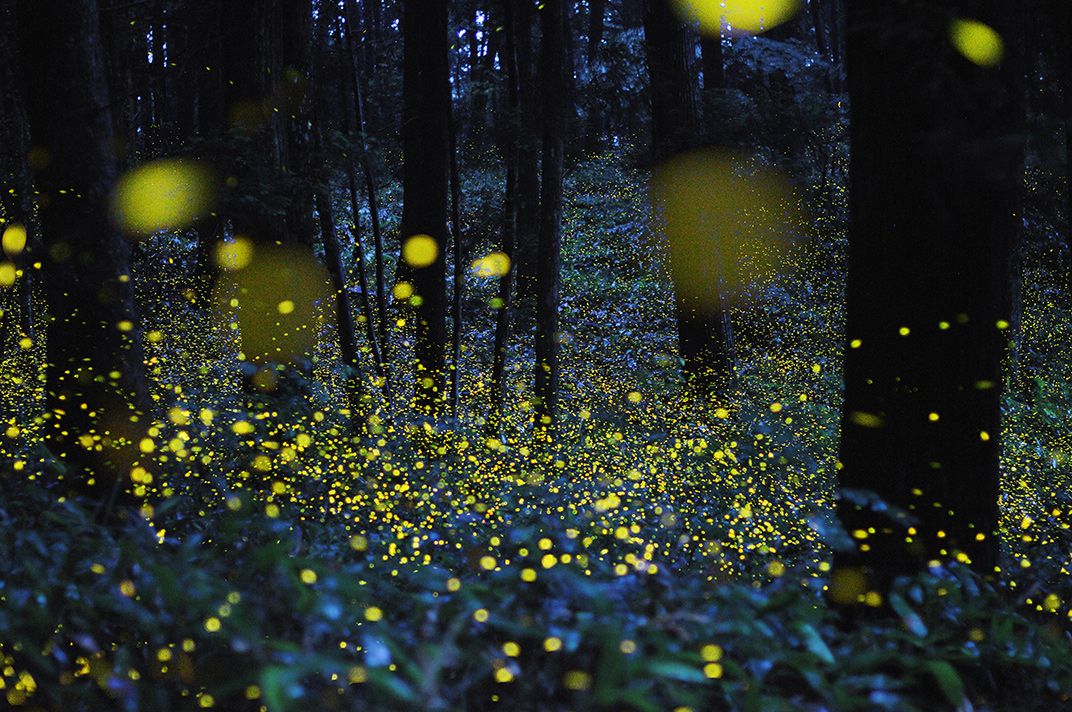 The sun and moon rule biology. Every creature evolved under their influence and each owes its existence to the daily cycle of light and dark. Nowhere is this more apparent than in the ubiquity of circadian (daily) rhythms and the 24-hour clock that governs sleep and wakefulness. This article looks at the biological clock and the molecular mechanism that drives it, as well as current research in chronobiology that promises to enhance  biological rhythms in ways that will greatly benefit our lives.

The strongest sleep drive occurs between 2am and 4am and again in the afternoon between 1pm and 3pm with some individual variability, of course. Most of us feel most energized around 10am and get sleepy in the afternoon. The timing of sleepiness and wakefulness is set by a master circadian clock, a small group of neurons in the hypothalamus located just above the optic chiasm in a structure called the Suprachiasmatic Nucleus (SCN). The SCN receives input from special blue light photoreceptors in the eye and, via its synaptic connections, controls hormones that play key roles in making us feel either sleepy or wide awake. The influence of SCN neurons is distributed throughout the body over neural and humoral networks.

A particularly importing role of the SCN is to regulate the secretion of melatonin from the pineal gland to ensure that the level of melatonin in the blood  is in sync with the natural light/dark cycle. The SCN responds to light by delaying the release of melatonin. Production of melatonin speeds up when the eyes signal to the SCN that it is getting darker and melatonin levels stay elevated throughout the night, promoting sleep. As day progresses into evening, the pineal gradually begins to make more melatonin resulting in a modest decrease in body temperature and increased sleepiness. In the morning, on exposure to sunlight, the SCN signals body temperature to rise again and stimulates release of neurohormones like cortisol.

The circadian  rhythm is controlled by waves of proteins encoded by just a handful of master clock genes. Every day, concentrations of timekeeper protein complexes surge and ebb in nearly every cell in the body, in a pattern that repeats every 24 hours. These proteins bind regulatory sites on DNA turning on and off thousands other genes responsible for cellular function in a synchronized choreography. They dictate more than just your sleep patterns. Fluctuations in most of our critical body functions, including blood pressure, body temperature, metabolism, and even your moods and behaviors all run on this cycle.

SCN neurons fire in a rhythmic pattern with a period of 24.18 hours even in the dark and people continue to experience a near normal sleep/wakefulness cycle in total darkness. Rhythmic activity in the SCN is due to cyclic expression of clock genes, and is controlled by elaborate feedback loops. But, 24.18hrs is not exactly the same as the period of the earth’s rotation which means that in complete darkness, the circadian clock drifts out of phase with environmental light.  Exposure to sunlight is all it takes to resynchronize the clock which why it is so important to get out into the sun every day. Here are two good places to learn more about the clock mechanism; an excellent video by SimpleBiologist and an article in Scientific American.

Roughly 80% of North Americans are unable to see the Milky Way because of light pollution.  About 2,500 stars should be visible at night, but in most suburbs only a few hundred can be spotted with the naked eye. Light pollution effects our sleep, our physical and mental health, our essential connection with nature, and the nocturnal habits and migrations of bats, birds and bugs. Bright light, especially blue light presented outside of the natural day/night cycle, shifts the rhythm of the biological clock with wide ranging effects, some of which are quite negative.

This has encouraged the lighting industry to search for biologically appropriate lighting solutions through improved LED technology. Learn more about full-spectrum lighting here. But, city light is not the only kind of light pollution we should be worried about. Adam Rogers wrote a helpful piece on color vision for Wired. Our video screens (phone, computer, TV) emit three colors: red, green, and blue which are modulated to emulate millions of colors, and human eyes and brains can’t tell the difference between mixes of diode light and a pure wavelength. Equal amounts of red and blue look the same, for example, as a straight-out violet. The problem is that blue wavelengths are of greater amplitude in our devices than in reflected light from objects we view in the natural world. We receive an overabundance of blue from the screens. It is essential to be exposed to lots of blue light during the day to keep the biological clock synchronized to the rhythm of the environment.  But at night bright blue light shifts the biological clock away from the day/night cycle.

A specialized class of blue light sensitive photoreceptors in the retina sends signals directly to the SCN. This discovery, coupled with what we known about the clock, encouraged the lighting industry to search for biologically appropriate lighting through improvements in LED technology.  Computer and phone designers followed along and created apps that work as adjustable blue light filters to manage blue emission from screens. These are available for PCs, Macs, lap tops, smart phones and newer TVs.  They adjust the screen to show less blue and more warmer colors like orange.

The idea of blocking the portion of the blue light spectrum that is the biggest culprit in circadian rhythm disruption is not new and there are many “blue blocker” glasses on the market. Dave Asprey, famed biohacker, promotes the blue limiting glasses from truedark.com  that are designed to block some but not all of the blue light in your optical environment at work, for example.

Researchers and pharmaceutical companies are searching for clock-enhancing molecules. One idea is to screen for drugs that bind to core clock proteins and modify either their expression or their function. Potential targets would include metabolic disorders, mood disorders, obesity and ageing. Molecules that reinforce or reset the clock could also be used to combat the negative health effects of shift work and jet lag. The emerging field of circadian medicine also targets the very best time to administer medications or perform a surgery based on how the body responds at different times of day.

From genomics we learned that the clock influences the expression of numerous genes in nearly every cell in the body. This opened the door for gene therapies targeting specific cellular activities downstream from the clock.  One potential target for gene theory is to stall tumor growth by slowing the clock that controls how fast cancer cells divide.

The brain goes through daily cycles of learning and memory storage and these are firmly coupled to the sleep cycle. During particular phases of sleep, events experienced in the day are translated into long-term memories, and as memories are being moved from one part of the brain to another, they’re susceptible to being altered or linked into new combinations. Present thinking is that different parts of the sleep cycle are important for consolidation of different types of memories; slow-wave sleep being important for consolidating declarative (fact-based) memory, while REM sleep may be important for procedural memory (how to do something). Because the biological clock governs the sleep cycle, improved learning and memory are potential targets for circadian medicine. Check out Julia Shaw’s book The Memory Illusion. I think you will enjoy it.

Craig Heller and colleague Jamie Zeitzer at Stanford study circadian rhythms and how to change them. The easiest way to alter the clock is by exposing someone to light during their normal sleeping hours. This is more effective than exposure to darkness during waking hours. For a long time it was thought that half an hour or more of constant light was needed to shift the clock, but Heller and Zeitzer found that 2 millisecond flashes of light every 30 seconds for an hour during the night — while it doesn’t interrupt sleep — can make people wake up earlier in the morning, shifting their circadian clock by almost an hour. This new finding could lead to new devices to help people avoid jet lag or adjust to a new shift at work. Timed light pulses could be built into glasses,eye masks and travel alarms, or into the cabins of airplanes to offset jet lag, shifting the clock enough to at least ease the transition to a new time zone.

Of course there are free apps available, based on mathematical modeling, that promise to tell us the optimal schedule for entraining our circadian clock to the environmental rhythm; when to expose yourself to sunlight or to darkness to avoid the sleepiness and other side effects of crossing multiple time zones, or changing life style. To find the apps look here or here.

There are simple things you can do to indulge your biological clock. First of all, avoid behaviors that disturb clock function; consuming calories at all hours of the day, binge watching movies on a blue tinged screen before bed, shift work, some medications, a capricious sleep schedule, drinking coffee or using nicotine within 2-3 hours of bedtime.

For better sleep make a bedtime routine and stick to it. For example, take a bath or have a cup of decaf tea at the same time every night and put your phone somewhere outside the bedroom. Also, link your bedtime routine to you dinner routine. Here is a big one: Exercise during the day for at least 10-20 minutes. You can also manage your light exposure. For example, if you want to wake up earlier, open your blinds for exposure to morning light.

A common biohack that people use to battle jet lag or to help fall asleep is to take melatonin as a supplement, either alone or in combination with tryptophan, its metabolic precursor (also precursor to serotonin). Expert advice on how to best use melatonin can be found here .

If you plan to travel, the Mayo Clinic offers advice on preventing jet lag, and much of it applies to healthy time management in general. If you are traveling across time zones, get proactive. Jet lag occurs because your body’s clock is still synced to the time zone at home, instead of to the time zone where you are going. The more time zones you cross, the more likely you are to suffer jet lag. To help prevent this, a few days before your trip, start changing your schedule to more closely match your destination. For example, if you’re traveling east, which takes you to an earlier time zone, go to bed one hour earlier for a few days before you leave. If you’re traveling west, which takes you to a later time zone, go to bed an hour later for several nights. Adjust your meal schedule accordingly, too. And make sure you’re well-rested before you go, because starting a trip with too little sleep will make jet lag worse for days after your trip

Switch to the time at your destination as soon as possible. Set your clocks to the new time when you get on the plane and use it to guide you. If it’s nighttime in your destination when you’re in flight, sleep on the plane. Bring earplugs, an eye mask and head phones to block noise and light and make it easier to sleep. If it’s daytime where you’re headed, stay awake during the flight. Once you arrive, stick to local time.

Dehydration can worsen jet lag symptoms. With that in mind, drink plenty of water during the flight. Limit alcohol and caffeine, as both of these dehydrate you and affect your sleep.