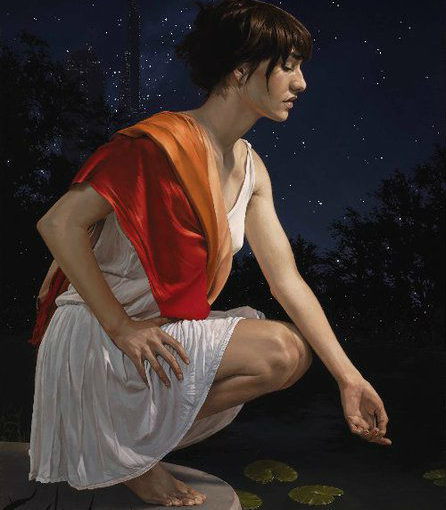 Memories are essential to our individuality and even survival yet memory and its opposite, forgetting, are quite mysterious. In Greek mythology the river Lethe, one of the five rivers of Hades, bestows complete forgetfulness on all who drank of it. But is it really possible to erase memories? From a neuroscience viewpoint it seems likely that every memory we ever form is always with us, encoded in the physical/chemical architecture of our brains. But if that is right, isn’t it paradoxical that we often forget experiences?  Some episodes are readily called to consciousness while others remain so deeply buried that they seem utterly forgotten, and still others remain dormant for decades only to reemerge in Proustian fashion.

Often we think of forgetfulness as undesirable or as a harbinger of something truly frightening like insipient dementia. But forgetting also plays an adaptive role since reminders of the past can trigger thoughts we would really rather avoid. In fact, some people suffer terribly from an inability to escape their own memories, a condition called hyperthymesia.

For the moment, take the view that forgetting can be positive, purposeful, active and subject to conscious intervention.  Imagine that by focusing your attention you can achieve motivated forgetting, a suppression of memory retrieval that allows you to shut out specific episodes or even persons and move ahead unburdened.  And imagine that with practice you can become really good at this.  What does that thought open up for you?  The fact is that voluntary forgetting is real and we can achieve it at will.  This idea has intrigued psychologists for a very long time and now neuroimaging is showing us how it is done. The following delves a little ways into the science of forgetting.

A recent article in the journal Neuron presents evidence for two very different brain mechanisms for voluntary forgetting.  Both are deeply involved in conscious thought and both interfere with long-term memory retention by severely limiting awareness of a specific memory, in effect making it difficult to recall.

The authors refer to the first mechanism as direct suppression.  This pathway disengages memory formation and recall by directly inhibiting memory processing in the hippocampus , a brain center that is critical for the consolidation of new memories and the conscious recall of stored memories.  They found that the inhibitory process originates in the dorsolateral prefrontal cortex (PFC), a structure that is the last to appear in human evolution and the last to mature in development. The PFC is involvement in executive functions; the management of cognitive processes like attention, planning and risk/reward evaluation.  It is also very much involved in working memory; the brain system that holds multiple pieces of transitory information in mind at the same time so that they can be manipulated, combined and integrated. For example, the PFC is required if two items must be compared from memory. The intriguing feature of direct suppression is that because a memory is never formed, it can never haunt you as if you knew that whatever is happening it is only going to be negative.

The second mechanism, thought substitution, is completely different in that instead of inhibiting memory formation, it engages recall to focus awareness on a substitute memory. This depends on interactions between two different parts of the forebrain,  the left caudal and midventrolateral cortex.  These interactions bring about the selective retrieval of substitute memories in the context of the prepotent, unwanted memory.  It is the dependence on context that makes this  specific. With thought substitution, memories are formed and consolidated but the brain alters its own wiring to replace a particular episodic memory with a different one by a process that is available to conscious control. In effect it usurps the limited focus of awareness to insert a substitute memory.

You will recognize thought substitution as a widely used technique in cognitive behavioral therapy. All you do is replace your thoughts. Not so easy, but with attention to your emotions and will power you will get there and with practice you can get good at it.  It is really just a type of meditation.

With both mechanisms, we are talking about cognitively-triggered amnesia. Direct suppression turns off memory processing at its base in the hippocampus, while thought substitution depends on recall but in a re-directed way. I suspect that memory manipulation like this happens all the time in our subconscious mind and that this explains why episodes that were important only in the moment are often passively forgotten. What is so very interesting is that memory can be consciously shaped as well.

To the Greeks, the forgetfulness achieved by drinking from the river Lethe is essential for reincarnation.  That reminds me of something F. Scot Fitzgerald wrote in The Great Gatsby,  “I don’t want to repeat my innocence.  I want the pleasure of losing it again.”