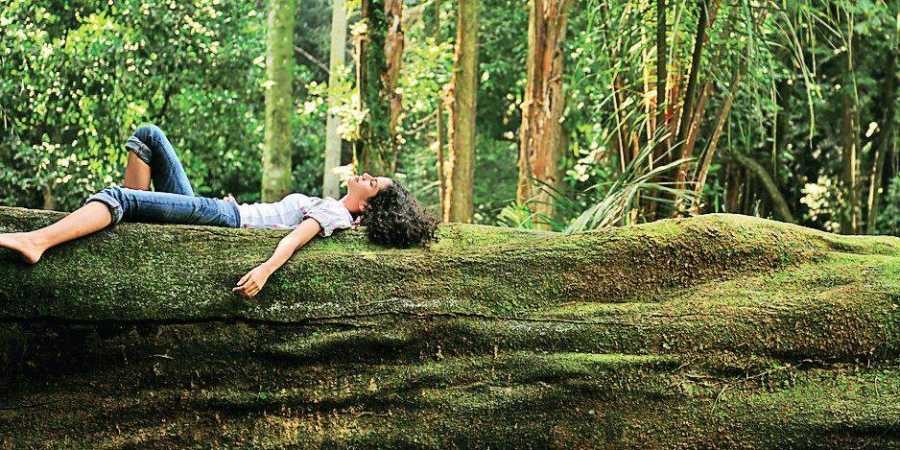 One of the most pleasant things I can think of is a leisurely walk in the woods, either solo or with friends. It always brings a tranquil feeling far from the madding crowd, to borrow from Thomas Hardy. The benefits of being in nature, in green spaces, have been recognized for a very long time. In the frantic urban capital of Persia 2500 years ago, Cyrus the Great saw a problem and to mitigate it he built lush green gardens in the middle of the city to promote health and instill a sense of “calm”. He was an early pioneer in nature therapy. Being outdoors in nature strikes me as particularly beneficial in the time of coronavirus.

Shinrin-yoku was introduced in Japan in the 1980’s where it remains very popular. The English translation is literally forest bathing. It is the practice of immersing oneself in nature while mindfully using all five senses. In Japan, people are encouraged to bath in the forest atmosphere to relieve stress and improve health.

People know intuitively, and current science shows, that time spent in nature brings powerful benefits, increasing happiness, health, cognition, promoting a sense of well-being, reducing stress, especially modern technostress, improving mood and generating a sense of awe. Numerous studies examine shinrin-yoku’s real health benefits. Even a brief immersion in nature impacts your health and a two-hour forest bath will give you a respite from technology, bring you into the present moment and  de-stress and relax you that lasts all day.

There is also interest in the role shinrin-yoku can play in therapeutic and clinical settings. A particularly good example is the therapeutic effect of immersion in nature on the immune system. When we breathe forest air, we are breathing the aromatic molecules emitted by forest plants, a heady mixture of fungi, trees, ferns, leaf molds and soil. From a plant’s perspective these phytochemicals are bioactive antibacterial and antifungal agents produced to fight disease and protect from insects. Our bodies respond to these chemicals, too.

One important finding is the marked increase in the number and activity of a type of white blood cells called natural killer (NK) cells. Part of the immune system, NK cells attack and kill tumor and virus-infected cells in our body. In one study, the increased NK activity due to a 3-day, 2-night forest bathing trip lasted for more than 30 days. This is particularly interesting at this moment because activation of NK cells is the body’s first response to coronavirus infection, and necessary for subsequent activation of B cells to produce antibodies against the virus. Think about that.

Our attraction to the outdoors

Humans evolved over the past 6 to 7 million years, which means that we lived less than 0.01% of our species’ history in urban surroundings and the other 99.99% in nature. From that perspective, its no wonder that we are drawn to forests where human physiology and psychology evolved and were nurtured. It is alarming that an urban dweller spends 93% of his or her time indoors.

Erich Fromm and later the eminent American biologist E.O. Wilson introduced the biophilia hypothesis which says that humans possess an innate attraction to nature and a desire to seek connections with nature and with other forms of life. Wilson popularized the idea in his book, Biophilia (1984). Psychologically and spiritually speaking, humans intuitively know the relaxing, soothing and supportive effect of forest bathing. This amounts to a genetic memory of our ancestral lifestyle.

So, what is forest atmosphere?

Think of it as the natural world in its totality with its rich diversity of shapes, colors, life, light, sound, smells and often a delicious taste of solitude.

The sense of smell takes on a powerful role and many people find the fragrance of a forest to be very provocative. The scent derives largely from volatile terpenes, isoprenes and monoterpenes are the most common in forest environments and especially in forests dominated by conifer trees.

Smell is an intriguing sense that plays a role in our appreciation of taste, and a powerful role in memory formation and recall. For example, pine, spruce, and fir trees – Christmas tree favorites – emit a chemical called alpha-pinene, a terpene that gives them their distinctive scent, a scent that evokes holiday memories for many.

Johan Lundström at Karolinska Institute, points out that smells are first processed in the brain by the hippocampus, which is responsible for forming and recalling memories, as well as for attaching emotions to memories. Because of these links, it has been suggested that smell might regulate stress. The mechanisms by which natural smells regulate stress are unclear, says Gretchen Daily, Professor of Biology at Stanford and an expert on green spaces.  She points out that some research suggests certain plant chemicals might influence stress hormone regulation by the immune system, and so could be important to consider in the design of green spaces. “But it’s hard to say. Nobody knows yet really what mix of active ingredients are important for these spaces,” she says. “Its all a really new and desperately needed area of research.”

Qing Li, an expert on Japanese shinrin-yoku, says, “The best way to deal with stress at work is to go for a forest bath. I go for shinrin-yoku every lunchtime. You don’t need a forest; any small green space will do. Leave your cup of coffee and your phone behind and just walk slowly. You don’t need to exercise, you just need to open your senses to nature. It will improve your mood, reduce tension and anxiety, and help you focus and concentrate for the rest of the day.” Music artist Dua Lipa might phrase it this way, “Go outside and just keep dancing like you ain’t got a choice.”

There are guides to world destinations for forest bathing. But, green spaces in urban areas are just as important as forests. The majority of people in the US live in suburban and urban areas with little access to rural or mountain forests. That’s OK, gardens, parks and trees on the street make up what is called an urban forest. Also, there are lots of studies showing that pictures of natural scenes have similar benefits to being out in the woods, although not as strong. Images like this one attest to that fact: 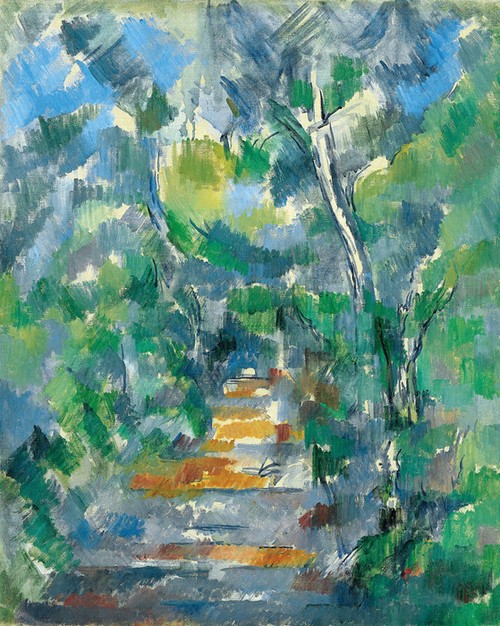